Springwatch is back – but not as we know it.

Following a spring like no other, the annual series – a BBC Two staple since 2005 – will return with a special three-week run of live programmes which aim to keep viewers connected to the natural world at a time of heightened uncertainty.

Celebrating both the wildlife and the science stories that showcase the diversity of UK habitats and species, the re-imagined format will include a number of prerecorded wildlife films, captured just prior to the Government restrictions on movement, as well as more recent content shot in accordance with the official guidance on self-distancing.

The presenters, no longer able to gather in a hub due to the coronavirus crisis, will stay on home-turf and broadcast live from their local areas, across the country.

That’s Chris Packham live from his New Forest patch, Gillian Burke live from a Cornish base, and Iolo Williams, from his home in mid-Wales.

And with the natural world providing something of a soothing escape for so many people in lockdown, the trio couldn’t be happier the show is going ahead.

“Many people are in more contact with wildlife and nature than ever before, so it’s really important that Springwatch does go out,” reasons Williams, 57. 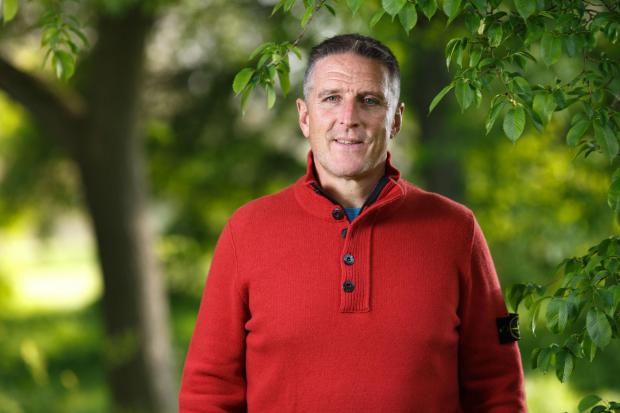 “Obviously, we can’t have [the usual] 120 people all coming together in one place, so it’s going to be different,” realises the Welsh nature observer. “But [as well as the footage] filmed before this happened, people have also been filming in their own back gardens or in their own local park…

“We’re conscious that people want to know, ‘What are these bees that I’m seeing?’ ‘What are these yellow flowers on my lawn?’ People have that hunger for knowledge of local wildlife, so there will be a lot more of that this year.”

“It’s interesting because it feels like we’re all quite confined in terms of what we’re able to do. But we’re actually really well networked; we’re able to cover almost the whole country,” muses Burke, 44.

“As Iolo said, we can’t operate the way we used to with a big crew and in a way I’m going to miss that, but having said that, we’re all people who love having that time outdoors where there’s a bit more peace.

“For a lot of people this whole experience has been difficult, but at the same time it’s reworking how you do things,” follows the Kenyan-born biologist and filmmaker. “So even with restrictions, it is going to feel rich covering this unique spring.”

“There’s some other garden [bits],” Packham, 59, points out. “It’s not going to be just big and glamorous – we will concentrate on the smaller bits, perhaps this year more than ever, which will be music to my heart.”

Another major difference this year is the fact Springwatch veteran Michaela Strachan won’t be joining the team in person due to being locked down in South Africa.

She will, however, send a message of support to the viewers and the series will revisit some of her favourite highlights from past years.

Similarly operating from their own spots across the country, wildlife presenter Backshall will join from his home patch on the Thames; ecologist Ellie Harrison from her Cotswold base; and wildlife cameraman Gordon Buchanan will cover from Scotland.

In addition, wildlife TV presenter and zoologist Megan McCubbin will join her stepfather Packham, with whom she has been self-isolating, to share her observations on how this spring is developing for our wildlife.

It’s a packed programme. But do the co-presenters think this pandemic will change the nation’s attitude towards nature?

“But the one really positive thing I hope will come out of this is the fact that people have reconnected or connected for the first time with nature.

“What I really hope is that plants a little seed and they’ll think, ‘Do you know what? We’re going to switch onto Springwatch this year. The kids might learn something there…’

“And that seed will grow into an interest, knowledge and respect that will stay there for a lifetime and be passed onto their kids.”

Springwatch returns to BBC Two on Tuesday, May 26.

Almost 700 galleries, theatres, cultural institutions and sector workers have applied for help from the Mayor of London during the coronavirus pandemic. Enfield Independent | News …

A man has been arrested on suspicion of murder after a fatal stabbing. Enfield Independent | News …

London will move to Tier 2 local lockdown when national restrictions end next week – but local leaders have warned there is “no guarantee” the capital will avoid tougher rules in future. Enfield Independent | News …

Gyms and hairdressers will reopen across the whole of England when lockdown ends, the Prime Minister has said today. Enfield Independent | News …