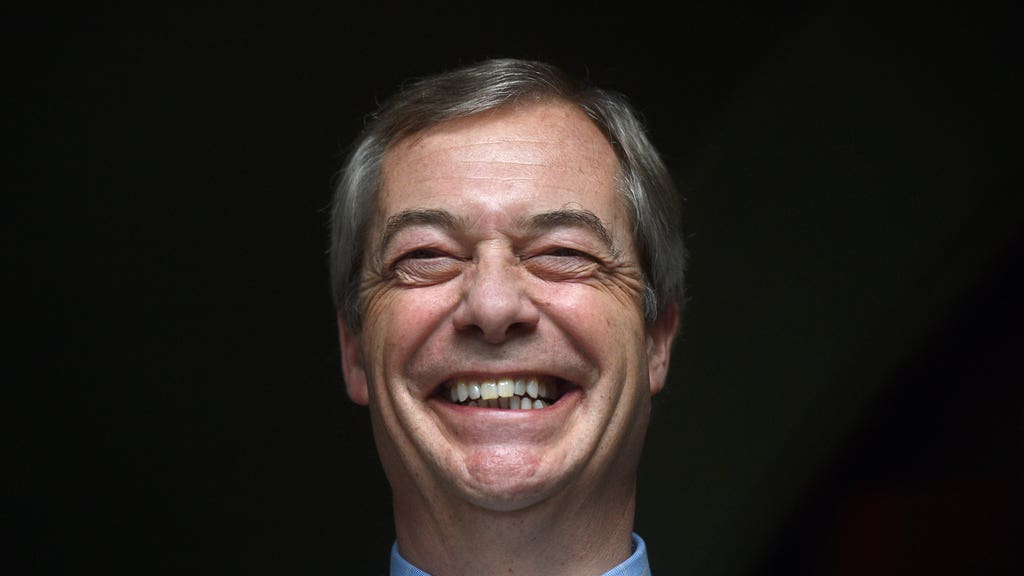 GB News presenter Nigel Farage has come under fire for the use of a controversial republican slogan linked to the IRA.

He has claimed he was duped into sending the personalised message.

In a video announcing the news, Mr Farage said “I will not be taking the knee for anyone on this show” in reference to presenter Guto Harri, who made the gesture on air earlier this week.

Mr Farage said: “Since politics I have done a fair bit of broadcasting and broadcasting matters. It really, really does.

“It gets people to look at issues, think about issues in different ways and can be very influential.”

The former politician has caused controversy online appearing in a Cameo video message – a site where celebrities are paid to send personalised video messages.

The video was sent to after Farage was paid £74 to send a personalised birthday message.

In the clip he says: “This message is for Brian, brexiteer.

“I hope you have a great birthday and this comes from your good friend Aidan,” he says and then raises a cup of coffee to give a toast.

“Now, it’s a bit early in the day so all I’ve got actually is coffee, but I hope you enjoy a few pints with the lads tonight.”

He then says “up the RA!” before taking a sip of his coffee.

Mr Farage told Mail Online: “If I saw ‘up the RA’ I would have looked at that as something very innocent, and wouldn’t have even known there was an implication to it.

Aske if he would have sent the message had he known the slogan was in support of the IRA he said: “Are you joking? I had a face-to-face death threat from them.”

Jack the Ripper was a serial killer who resided around the Whitechapel district of London in 1888. 133 years later, we are still interrogating. Enfield Independent | What’s On …