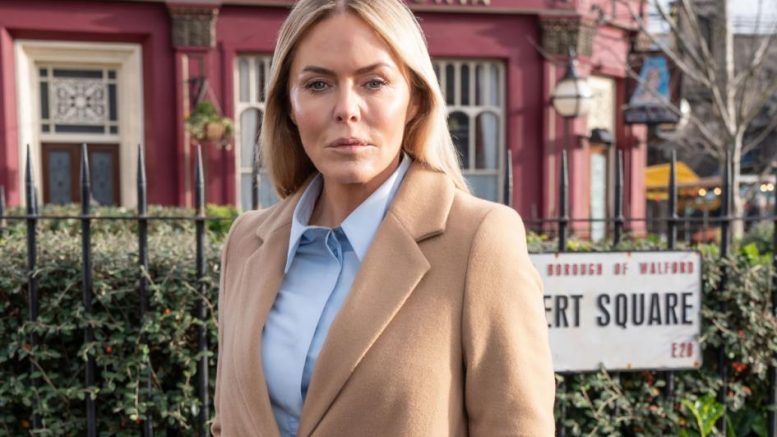 Kensit is reported to have already begun filming on the Square with her first episode due to air in January 2023.

Soap fans will recognise Kensit from her roles as Sadie King on Emmerdale (2004-2006) and Faye Morton on Holby City.

@patsy_kensit is set to join the cast of #EastEnders for a short stint in the role of Emma Harding, Lola’s mother. How will Lola respond as she’s forced to confront a face from her past when her own future is so uncertain? For the full story, visit our FB or Instagram page. pic.twitter.com/S5hUQRNtFl

She originally played the Holby City nurse from 2007 to 2010 but reprised the character for the soap’s 20th anniversary in 2019.

Following the announcement, Kensit said:”I’m so excited to be visiting Walford for this storyline.

“It has always been a dream of mine to appear in EastEnders. The cast, producers, writers and crew have been wonderful, and I’ve had a ball. Thank-you so much for having me.”

Patsy’s character, Emma Harding, left Lola (Danielle Harold) and her father when Lola was three and has never been seen on the soap before.

“She’s the perfect fit to take on the role of such a long-awaited character that we know very little about.

“Softly spoken and measured, on one hand Emma is the very opposite of her long lost daughter Lola.

“But on the other, there’s a striking resemblance; successful, the capacity to hold her own – if she says she’ll do something, she’ll do it – and she’s a fighter, just like Lola.

“Having spent a lifetime apart, Emma becomes desperate to make up for lost time, but her secret sadness and guilt are never far from the surface.

“The burden of losing her daughter has never left her, but can she find the courage to tell her shocking truth and reconnect with Lola, or will it come too little, too late?

“Patsy’s portrayal is bound to set off fireworks in Walford and cause havoc for the Mitchell household.”

Love Island has dropped a brand new bombshell and he’s from East London, find out more. Courtesy of Enfield Independent | What’s On …

The O2 in London is hosting the Just for Laughs comedy festival, with stars Ryan Reynolds, Graham Norton and more. Courtesy of Enfield Independent | What’s On …

Jamie Dornan and Sophie Okonedo are just two of the names who will be on the sofa for The Graham Norton Show tonight. Courtesy of Enfield Independent | What’s On …

The ex Emmerdale and Holy City star Patsy Kensit said “it has always been a dream” of hers to be in EastEnders. Courtesy of Enfield Independent | What’s On …

The EastEnders actress revealed she has been having seizures which “scared the hell” out of her. Courtesy of Enfield Independent | What’s On …