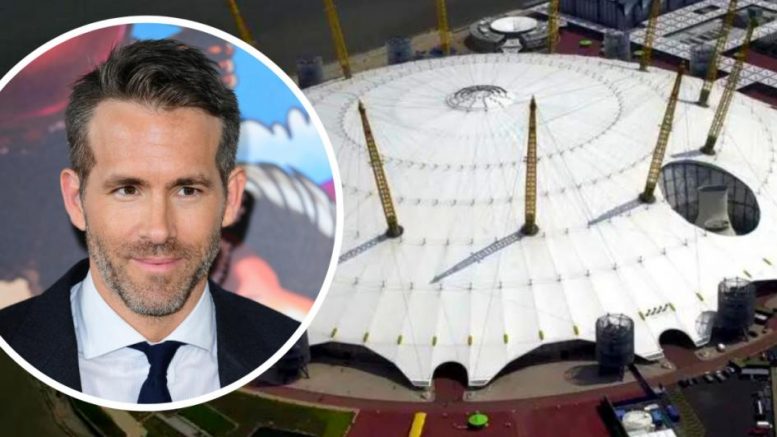 London O2 Arena is bringing comedy greats to the capitol for one week, as part of the Just for Laughs comedy festival.

The four-day event is taking place from March 2-5 and some of the best and biggest names in the industry take to the stage, including Graham Norton, Katherine Ryan, Basil Brush and even Hollywood A-listers.

The star of Deadpool, The Proposal, The Adam Project and co-owner of Wrexham, Ryan Renolds takes centre inside the iconic arena on March 4 in ‘Ryan Reynolds – Maximum Effort’

The global superstar will chat about his career from his break into the business from  Two Guys, A Girl and a Pizza Place to Deadpool and later becoming a businessman.

The conversation will be moderated by actor and writer Rob Delaney as the pair discuss their career and share stories.

Alongside Renyolds, there will be events including solo shows, live podcast recordings, in-conversations, and cast panels; from both UK-based artists to international stars.

President of Just For Laughs, Bruce Hills said: “With British comedy being a fundamental touchstone of our company for the last four decades, we are so excited to work with AEG Presents and The O2, and deliver our UK fans an irreplicable first-class JFL experience at a world-class London venue”.

Emma Bownes, VP of Venue Programming at The O2 added, “The O2 is thrilled to be partnering with both JFL and AEG Presents on Just For Laughs LONDON in March 2023.

Hear it from the fox himself, the one and only @realbasilbrush will be bringing his Family Fun Show to Just For Laughs in March! 🦊🎉❤️

Full of magic and laughter, this is perfect for all ages! 😍

“Just for Laughs are world leaders in comedy programming, and we can’t wait to host the very best UK and global stars, alongside podcast recordings, table reads and breakout comics across multiple stages under our roof.

“We look forward to Just For Laughs LONDON returning to The O2 for years to come.”

If you want to get tickets to any of the events being held during the comedy festival, you can buy them now via the O2 website or the Just for Laughs website.

If you wanted to get tickets to Ryan Renyolds they are available now, with prices ranging from £58 to £200.

Love Island has dropped a brand new bombshell and he’s from East London, find out more. Courtesy of Enfield Independent | What’s On …

The O2 in London is hosting the Just for Laughs comedy festival, with stars Ryan Reynolds, Graham Norton and more. Courtesy of Enfield Independent | What’s On …

Jamie Dornan and Sophie Okonedo are just two of the names who will be on the sofa for The Graham Norton Show tonight. Courtesy of Enfield Independent | What’s On …

The ex Emmerdale and Holy City star Patsy Kensit said “it has always been a dream” of hers to be in EastEnders. Courtesy of Enfield Independent | What’s On …

The EastEnders actress revealed she has been having seizures which “scared the hell” out of her. Courtesy of Enfield Independent | What’s On …