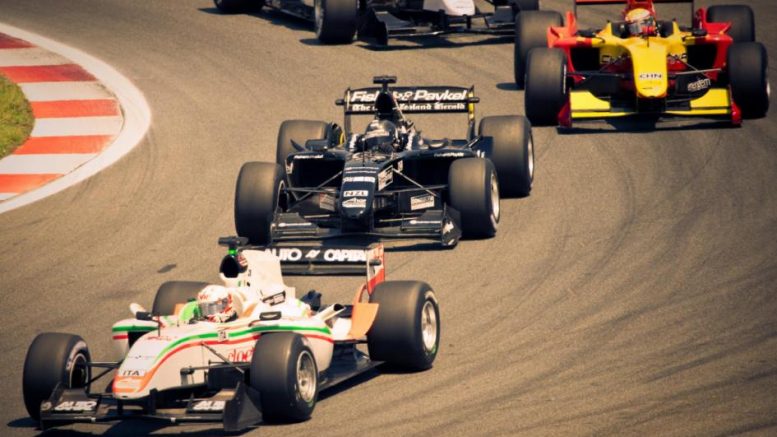 I, like many people, have recently become obsessed with Formula One, although I must say, I have not yet seen Netflix’s controversial series ‘Drive to Survive’. I began watching replays on Youtube during the summer break when I filled myself in as much as possible on what I’d missed over the last 70-odd years. I watched the terrifying Silverstone crash at our home race this year, astounded that the technology has advanced to the point that someone can be thrown about in such a way and emerge unscathed. I also watched the infamous 2021 Saudi Arabian Grand Prix, which saw Dutchman Max Verstappen take victory over Sir Lewis Hamilton in the World Drivers’ Championship. I enjoyed hours of thrilling races on tracks in breathtaking locations worldwide but realised one thing: no races are currently held on the African continent.

There are 24 races in Europe, Asia, North and South America, but not a single race is held in Africa on next year’s race calendar. This has been the case for several years since the final South African Grand Prix in 1993. In fact, South Africa is the only African country that has ever hosted a Formula One Grand Prix. Following a break period in which the race was not held due to apartheid-era political tensions, the South African Grand Prix returned for a brief 2-year stint before becoming a distant memory. I decided to dive into why there hasn’t been a South African Grand Prix for almost 30 years and why the highest level of motor racing hasn’t returned to the continent.

A recurring issue which is often the deciding factor behind whether or not a Grand Prix happens is money. Formula One is a sport which costs mind-boggling amounts of money, and every race weekend must be, quite literally, fuelled by a myriad of investors. Looking at the GDP compared to purchasing power (PPP), the five African countries in the best position financially to host a Grand Prix are Egypt, Nigeria, South Africa, Algeria and Morocco. With three of these countries located in the oil-rich MENA (Middle East and North Africa) area, at first glance, they seem to be adequate venues for a formidable weekend of world-class motorsport. However, looking at multiple indexes of political stability, none of these countries appear near the top of the list. Ensuring a completely safe environment for drivers, crews and spectators is pivotal in deciding whether or not a Grand Prix will stand the test of time. This makes the five wealthiest nations seem less ideal. Furthermore, rumours of sponsors for the theoretical race weekend have been flying around for many years, but most seem inconsequential.

Another factor which must be considered is the weather. Heat can be good for tyres as it keeps them grippy, making for fast and furious racing. However, hot asphalt wears tyres down faster, meaning harder compounds must be used, which are slower. Excessive heat puts drivers and crews at risk of heatstroke and is uncomfortable for spectators, many of which may not be used to sweltering conditions. Issues around venues’ climate can be combatted by choosing to hold the race at specific times in the year when it is cooler. That being said, tracks are still an issue. Tracks used in Formula One Grand Prix must meet the FIA’s (the sport’s governing body) standards, and currently, no African circuits are up to scratch. The South African Grand Prix was held on the Kyalami circuit north of Johannesburg, but this circuit no longer meets the FIA’s standards for F1. A promising project to build an F1 track east of Victoria Falls in Zimbabwe was scrapped due to complaints over the location (near a wildlife reserve).

With all this said, it appears that my and Sir Lewis Hamilton’s hopes for an African Grand Prix will have to wait. Assessing the situation practically, the issues of location, money and politics have made it so that there seems to be no country on the continent ready for Formula One. Personally, I believe Egypt is best poised to host a Grand Prix in the future, with its moderate climate compared to the rest of Africa and its affluence by GDP/PPP. In addition, its location makes it a candidate for consideration by the wealthy middle-eastern investors who brought us the Abu Dhabi, Bahrain, Qatar and Saudi Arabian Grand Prix. Regardless of whether or not we see an African Grand Prix anytime soon, it’s an idea that – every time I ponder it – fills my mind with possibility, and I truly believe we will see such a race in the future.

BBC’s EastEnders and ITV’s Emmerdale are to be shown at different times during World Cup coverage. Courtesy of Enfield Independent | What’s On …

South Africa 1993 is almost a distant memory. Considering all factors, let’s explore the sport’s chances of returning to the African Continent. Courtesy of Enfield Independent | What’s On …

When is The Voice UK final 2022? Courtesy of Enfield Independent | What’s On …

Did your favourite game show make the top 10? Courtesy of Enfield Independent | What’s On …

Ahead of the weekend festival, we’ve got everything you need to know from door times, acts and parking Courtesy of Enfield Independent | What’s On …